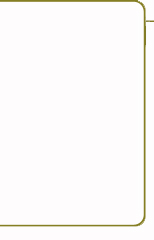 Home
About Us
Broadcast Schedule
Hosts
Catalog
Prophecy Info
America In Prophecy?
Preparedness
Support This Ministry
Letters From The Edge

America In Prophecy?
The Lion, The Bear & The Leopard - Page 2
- Click Here To Go To Previous Page -
To Receive A Free Issue Of The Christian Media Newspaper Click Here
Because the lion, the bear, and the Leopard/Panther are all beasts of prey, the connotation intrinsic in the imagery of these beasts is clearly militaristic. The panther would probably be the best predatory animal image of the German militarists of both world wars. As the big cat is known for speed and agility, so was the military machine of the Weimar Republic (World War I) as well as the Wehrmacht of World War II.

According to the Encyclopedia Americana, "...lightning war was thought by the Prussian (German) general staff to 'be the only means to win…'."16. Similarly, Hitler inaugurated what was called "Blitzkrieg" (lightning) warfare. Again, the historical record shows that "...German theory was based on mobile warfare...German artillery was therefore exceptionally mobile."17. The panther is probably the most mobile beast of prey in existence.
The Leopard in Daniel's vision was described as "having four wings like those of a fowl" as well as "four heads." Lets take the wings first. Unlike the eagle's wings mentioned in connection with the earlier British/Lion figure, the prophecy specifically states there were four wings. Because no bird has one wing, this would appear to imply two sets of wings, or perhaps two forces that assist the panther. History records the forces of The Axis encompassed Germany, Italy, and Japan. Both Japan and Italy were active in the air war, so it's possible this refers to Germany's two air power allies that backed Hitler in World War II.

In reference to the "four heads," we find there are so many groups of 'fours' that it's difficult to know which one is actually being referred to. In the early stages of the nation, there were four major Germanic tribes: The Angles, Saxons, Alemans, and Franks. Before the turn of the century there were four prominent states -- Prussia, Bavaria, Saxony, and Wurttemberg. The first federal government of Germany "consisted of four free cities loosely bound together...."18.

The likelihood is the four heads refer to the fourfold division of authority that occurred under the four victorious allies under the QUADRIPARTITE agreement that legally enforced the occupation of Germany after Hitler's defeat. After the war, four military commanders controlled Germany.

"An interallied agency, called the Kommandatura, operated as the four power coordinating group...."19. in the administration of the country. The Encyclopedia tells us a government structure known as The Allied Control Authority was created "...composed of the four zone commanders."20.  A Russian general controlled the Eastern zone, a British general ran the Northwestern zone, a French general ran the Southwestern zone, and an American general administered the western zone. This arrangement continued for years after the war.

It is at this point that we see one of the most striking examples of dual fulfillment in biblical prophecy. Just as the third kingdom of Nebuchadnezzar's statue dream (the Grecian empire of Alexander The Great) was replaced by four generals in what has come to be known as the Ptolemaic period, the third kingdom of Daniel's beast vision (Nazi Germany) was also replaced by four generals.

In the previously mentioned "ram/goat" vision described in Daniel chapter 8, we saw a detailed prophecy concerning this fragmenting of the third kingdom of the statue prophecy. In the ram/goat vision, the "great horn" of the powerful goat was predictive of Alexander The Great. The scripture says that...when he was strong, the great horn was broken, and for it came up four notable ones towards the four winds of heaven." 21.  The "four notable ones" were the four key generals that had served under Alexander, and they divided up the empire between them. The power struggle that ensued eventually boiled down to 2 factions that produced a series of wars known as the Ptolemaic-Seleucid wars.

The Seleucid kings were descended from Seleucus I, the general that ruled Syria under Alexander. His opponent was Ptolemy I, the general that ruled Egypt. For almost 200 years, these two dynasties controlling Syria in the north and Egypt in the south brought the Israelites into constant military turmoil. The northern Syrian kingdom eventually generated the most hideous and demonic leader of his day: Antiochus Epiphanes.

Antiochus persecuted the Jews in unheard of ways, but he was finally overthrown. The occupied state of Israel then passed into the hands of the fourth kingdom of the statue dream -- Rome.

The reason I've gone into such detail here needs to be clarified. Since both vision/dreams are clearly operating in parallel with dual fulfillment of the prophecies, an accurate identification of the various players should provide solid evidence relating to the identity of the final world empire and its leader. To put it another way, if we misidentify the first 3 kingdoms of the beast vision, how could we possibly expect to accurately identify the fourth, and final kingdom?

In the statue dream, the fourth kingdom was the empire that witnessed the coming of "him whose goings forth have been from of old, from everlasting." 22.  This fourth kingdom was the Roman empire, the most powerful military and political confederation in antiquity. The Romans were in power when Jesus Christ was born. The Romans crucified our Lord, and witnessed his resurrection. Following the ascension of Christ and the birth of the Christian church, the Roman empire completely obliterated the nation of Israel.

Following this line of interpretation, because the first four statue kingdoms were all manifested sequentially before the destruction of ancient Israel, the four beast kingdoms must all have been sequentially manifested before national Israel was resurrected as a modern state. The fourth kingdom should have been established shortly before the founding of the nation of Israel, and obviously, the first three must precede the fourth. This establishes a rather narrow time frame within which we may identify the fourth and final kingdom of planet Earth.

Adolph Hitler, the leader of the third beast kingdom of Daniel's prophecy, committed suicide on May 1, 1945 and Nazi Germany surrendered a week later. Shortly thereafter the allied powers installed the four generals to administer post-war Germany. Since Israel became a nation in 1948, it follows that the fourth and final world kingdom must have been established within those two dates -- 1945 to 1948.

Another factor important to the identification is the requirement that this fourth kingdom must have the same thing in common with all the other kingdoms mentioned: a significant interaction with the Jews. These two requirements, the narrow time frame, and the necessary interaction with the Jewish people, preclude the popular notion that the fourth kingdom is the so-called 'Revived Roman Empire,' as personified by The European Community (EC).

The European Community, and its predecessor organization The European Common Market, developed as a result of The Treaty of Rome. This treaty was signed in 1957, and accordingly, does not fit within the appropriate time frame. Further, the EC has had virtually no historic role whatsoever in terms of a significant impact on events in national Israel.

Because the fourth kingdom is the empire that catapults The Antichrist to power, our identification requires a global perspective. Every verse in The Bible implies he is a global figure. The text does say "...he causes ALL to receive a mark...." 23.  The word all would appear to imply far more than Europeans. Indeed a quick bit of research in practically any Encyclopedia will find the European Community listed under regional organizations. Yet, to this day, the vast majority of prophecy teachers confidently and categorically state that the European Community is the final empire that will host The Antichrist.

There is only one global political entity of a lasting consequence in the world today. It was founded between 1945 and 1948. It has claimed absolute authority in establishing jurisdiction over the historic land called Palestine. Its power and political reach is now reaching overwhelming proportions as its members include virtually every government on the face of the Earth. The United Nations IS the prophesied one world government so frequently mentioned in the Bible.

Through international treaty, the UN is now determining how nations educate their children. The UN is forcibly intervening in international military conflicts. The UN is overseeing the world's financial systems as well as all legal matters involving disputes among nations. These are not activities that are scheduled to occur next year or next century -- The United Nations is running the world NOW.

In spite of the common perception that The UN is a benevolent organization seeking to guarantee peace and safety, the prophet Daniel gives us the most accurate description of the last government of a Christ rejecting world.

"After this I saw in the night visions, and, behold, a fourth beast, dreadful and terrible, and strong exceedingly, and it had great iron teeth; it devoured and broke in pieces and stamped the residue with its feet; and it was diverse from all the beasts that were before it, and it had ten horns." 24.


With this world government now in power, we can be certain that Jesus Christ will soon return. We can also be certain that we are about to witness the emergence of The Antichrist, for the Apostle Paul warns us that the return of Christ, characterized in Thessalonians as The Day Of The Lord, "...shall not come except there come a falling away first, and that man of sin be revealed, the son of perdition." 25.

It's time to throw away what you've been told and study this for yourself. The Beast isn't coming to power in some 'Revived Roman Empire" in Europe. He's here in America -- NOW. He will take advantage of every man, woman, and child that fails to recognize the truth that Jesus Christ repeatedly warned us about.

The Apostle Paul wrote that the emergence of the one world government headed by "the man of sin" (the Antichrist) would be preceded by a counterfeit gospel. Jesus said "take heed that no man deceive you for many will come in my name." 26.

The deception is upon us, and time is running out. The spiritual trap is about to spring shut and most of the world will fall in it. Leaders that you consider to be Christian may be among them, and they want you to follow them to their unpleasant fate.

Turn to Jesus while you still can.